Home > The Basics > The Science of Body Language

The Science of Body Language 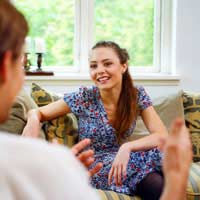 Human beings have been observing and discussing body language in some manner for centuries, going back at least as far as ancient Greece and Rome. It even shows up in the study of such diverse subjects as sociology, psychiatry, and dance. Serious, scientific study first appeared in the 1950’s, and truly took off in the 1960’s. Since those early days, much has been learned about body language and the discipline has evolved into a significant area of science.

Researchers have developed many different definitions of body language over the years, most of which have continued to evolve and be revised as more scientific information is uncovered. In the earliest days of the science, there was widespread agreement that body language was nothing more than a series of individual, discrete actions, each with a different and specific meaning.

However, over time and through additional research we have come to understand body language as something far more complex and varied. Because of this, even defining the difference between non-verbal communication and verbal communication remains an area of disagreement among experts.

Regardless of this ongoing issue, though, one thing remains very clear: body language is a powerful and integral part of communication throughout all areas of our lives.

From Academics to Practical Applications

Because of this, there has been a proliferation of books, workshops, seminars, and other resources aimed at helping people learn about and apply effective body language. Some are quite good and come from solid research and study, while others are not so good, coming from either poor research or no research at all.

The most important aspect of body language to understand in terms of practical applications is that non-verbal and verbal components of communications are inevitably intertwined and can’t be completely pulled apart into separate elements. Because of this, the science of body language continues to emphasise better and more accurate ways to identify and interpret body language with consideration given to context and environment.

What Does This Mean For You?

So what does all of this mean for you? It means that no matter how much you study and learn about body language, you will never capture all of the nuances and possible combinations of factors that influence this part of communication. This doesn’t mean, however, that you can’t learn to interpret body language more rapidly and (hopefully) more accurately.

Read all you can about body language and its applications, from the academic and scientific perspective as well as from the real world perspective. Make it a point to observe the body language all around you, in different situations and among different people. Also make a point of paying closer attention to your own body language; you just might be surprised at the unconscious messages you’re sending.

Finally, keep in mind that understanding body language and applying this knowledge is an inexact science. You cannot make hard and fast rules for yourself about what kinds of actions, gestures, expressions, and the like are appropriate in every single situation. Body language inevitably involves give and take among people, the sending and receiving of messages followed by responses that evolved as the interaction continues. So by all means, learn all you can and become a student of effective body language; but never forget, even the most intuitive and observant people can misinterpret or misunderstand body language messages.