Home > The Basics > The 8 Aspects of Body Language

The 8 Aspects of Body Language 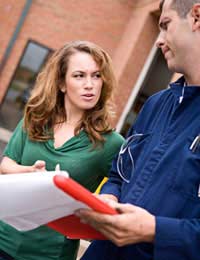 Nearly all body language behaviours and non-verbal cues include one or more of eight primary elements. It is these elements alone or in combination, that communicate so powerfully to the people around you. Some might be quite familiar to you, while others might be a bit more surprising. Regardless, as you read through this article you are almost guaranteed to think of many examples of how each element appears in your own non-verbal communication patterns.

The eight primary elements of body language are commonly listed as follows:

How Prevalent is Non Verbal Behaviour?
Share Your Story, Join the Discussion or Seek Advice..
We need also to know the aspects of body communication.
Ruriel - 14-Mar-13 @ 5:47 AM
need to know how bodylanguage work.
dexter - 18-Sep-12 @ 5:18 AM
It's all very interesting and I guess there is some truth in it, but there's always the fact that some people just have mannerisms and twitches over which they have no control, or just don;'t realise they are doing it. I know someone who stares hard into your eyes and makes you feel intimidated, it's just the way they've always been, it doesn't actually mean much.
Stary Eyed - 28-May-12 @ 7:52 PM
Title:
(never shown)
Firstname:
(never shown)
Surname:
(never shown)
Email:
(never shown)
Nickname:
(shown)
Comment:
Validate: