Home > The Basics > How Prevalent is Non Verbal Behaviour?

How Prevalent is Non Verbal Behaviour? 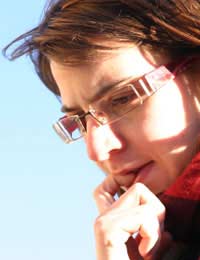 Many of us say what we feel by opening our mouths and letting the words come out, sometimes without considering what it is we actually want to say. Likewise we can use our bodies to give off signals, make gestures and add emotion or depth to a thought or feeling.

Each and every one of us during the course of every day uses non verbal behaviour as a means of embellishing what we say. Sometimes we do it knowingly and sometimes we do it as a matter of instinct; however we choose to do it though our bodies, eyes, hands and arms give away perhaps more than we would like.

Our eyes truly are the windows to our souls and when we look at others they can tell instantly whether or not we are happy, sad, angry or shy.

Many of us use our hands to embellish the words we say; we can do this by waving our hands around if we are excited or angry or if we want to tell a story with more emotion we can use our hands to make signs and gestures that tell others more about the depth of emotion felt at the time.

There are others who bite their fingernails when nervous or in the process of telling a lie and sometimes the hands, in conjunction with the eyes, can tell an entirely different story.

There is no better place to observe non verbal behaviour than in a nightclub or at a dating event. Individuals – both male and female – will observe each other from afar and can gesture to each other using their hands, their eyes or indeed their legs as a means of indicating their liking of a person.

It is said that women cross their legs from one side to the other to show their liking of a man who may be watching them; this is not meant in a sexual way but is simply meant to indicate they have a visual attraction at least.

Again as we have said there is no better place to read non-verbal behaviour then in a nightclub – noisy, dimly lit, non verbal behaviour is sometimes the only way in which to communicate in these places.

For most though there will be at least one tell-tale sign that gives their mood away and it is always worth watching for this sign but not too closely as sometimes the slightest movement can be misread.