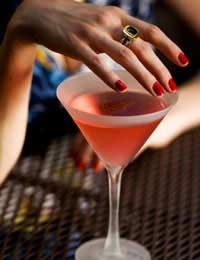 Body language has a huge effect on all of your personal interactions no matter where they occur or with whom they occur. There is simply no way to fully separate non-verbal communication from influencing an interaction.

As receivers, we all take in verbal communication and body language, comparing them to help us determine if the message sender is being truthful or deceitful. Parents do this a great deal when interacting with their children because children typically are not very good at hiding conflicts between their words and their body language. It is generally quite easy to spot when a child is not being truthful, and it’s almost always due to the child’s non-verbal communication.

There are some variations, though, to the weight we give to conflicts between verbal and non-verbal communication. When we receive a message where those two elements are conflicting, our minds (consciously or unconsciously) evaluate how difficult it is to ‘fake’ a particular kind of body language. The more difficult it is to fake, the more likely we are to believe it even if it conflicts with a person’s words.

Body Language Influences The Length And Type Of Personal Interaction

Your body language has a huge influence on the length and type of personal interactions you have. It can tell the world around you ‘stay away, I want to be left alone’, or it can tell the world ‘say hello to me, I’d love to talk with you’ – all with non-verbal cues that can be as simple as averting your eyes or holding your body in a certain position.

For instance, let’s say it’s early Sunday morning and you’re making a quick dash to the supermarket to pick up the newspaper and an espresso. You throw on a pair of sweats and a t-shirt, hoping you won’t run into anyone you know along the way. However, you do far more than just hope; your body language, consciously or unconsciously, sends out cues that you don’t want to be noticed and don’t want to have any personal interactions.

How does this happen? It happens in many ways, such as:

All of these are cues to others that you’re not interested in lengthy personal interactions and you’d be much happier if they would all just pretend you’re not there, thank you very much.But what if you’re feeling happy, confident, and perfectly willing to stop and chat with someone else? Take another look at the list above, and think about doing the exact opposite of what’s on the list. Those are the types of body language cues that would invite others to interact with you.

There are times when words simply can’t communicate properly in a personal interaction. For instance, when you’re comforting a grieving friend the simple non-verbal act of putting an arm around his or her shoulder is far more powerful than any words you might say.

Or, you and your spouse might attend your child’s piano recital. Your sense of pride in his or her performance swells almost to bursting, so you turn to each other and make eye contact. You might smile, squeeze each other’s hands, or lean together. These are all ways of non-verbal communication something important in a way that’s far more effective and meaningful than using plain old words.