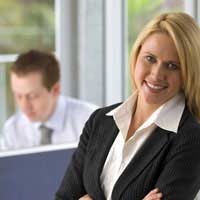 Personal interactions between men and women are a nearly unending source of curiosity frustration, emotion, and outright confusion. Men and women have tried to figure each other out for thousands of years, and will likely continue doing so for many more. Despite this long history of bewilderment, science has helped identify several gender differences in body language and how these differences influence personal interactions.

When it comes to body language, men and women show definite differences in terms of non-verbal behaviours as well as the purpose behind those behaviours. Some of these differences are inherent in each gender, while others develop through a combination of environment and life experience.

In fact, men and women really do think differently in part because their brains work in very different ways. When magnetic resonance imaging (MRI) technology is used to examine the brain activity of men and women, something rather startling becomes quite clear. A woman’s brain uses up to sixteen discrete areas when processing information, while a man’s brain uses about six discrete areas when processing information.

Does this mean women are in some way smarter or better at processing information than men? No, not exactly. It’s more that women tend to have an easier time multi-tasking and men tend to have an easier time focusing on one or two tasks and following them through until 100% completed. Most scientists agree this is at least part of the reason why women tend to be better at sending and receiving multiple non-verbal messages.

Gender differences in brain activity are interesting, of course, but this information also has some very practical applications. With some basic knowledge of how these differences show up in the sending and receiving of messages, you can greatly improve your own personal interactions.

For instance, women tend to be more attuned to emotions, connections with others, relationships, and the social parts of life. This doesn’t mean women can’t be assertive and driven in their career; it simply means they have an extra ability to ‘tune in’ to the people around them. Men who want positive interactions with women need to be aware of this natural tendency if they are to best understand and connect with the opposite sex.

When it comes to men, on the other hand, they tend to be more attuned to status, masculinity, and tasks. This doesn’t mean men can’t be thoughtful and attuned to relationships and connections; it simply means they are more focused on clarity and completion of tasks. Women who want positive interactions with men need to be aware of this natural tendency and focus on keeping their communications clear and concise.

The Danger of Stereotypes

The subject of gender has long been filled with stereotypes and assumptions, most of which are inaccurate. Some of the most common stereotypes are things like women cry too much, men are cold and uncaring, women aren’t assertive, men are dominant. Often, though, there is one small grain of truth in there that unfortunately has become grossly exaggerated.

So if there is some element of truth in some of the stereotypes about men and women, how can you possibly determine the difference between a stereotype and a general tendency? Most of the time stereotypes are fed and enhanced by pre-judging others or making assumptions about behaviours and motivations. The best way to avoid making these kinds of mistakes, then, is to think in terms of tendencies and focus on actual experiences and observations during personal interactions.

Use your knowledge of body language and non-verbal cues to really absorb the other person’s messages and respond to them appropriately. If you don’t quite succeed the first time, keep trying and alter your approach a bit in an effort to connect better with the other person. Remember that personal interactions may be isolated instances or may be part of an ongoing relationship. Either way, you can make the most of your interactions simply by taking non-verbal messages into account throughout every interaction.