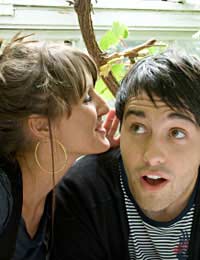 Body language is a powerful form of communication but the sending and receiving of messages involves a great deal more. Outside factors can have a powerful influence on such interactions, and one of the most influential is proxemics.

We have all had experiences where someone stands or sits just a little bit too close. It may be somewhat difficult to define ‘too close’, but you know it when it occurs, right? Believe it or not, there are researchers and scientists who focus their work on the study of humans, distance, and the idea of personal space. It’s called proxemics, and despite the fancy word, it is really a fascinating subject with many practical applications.

Proxemics is all about how non-verbal communication among and between people is affected by distance. These kinds of spatial relationships involve territory, proximity, and a wide range of personal comfort zones. There are four general categories of space, as defined by proxemics:

Think of these four categories of space as concentric circles, starting out away from you and becoming progressively smaller as they move closer to you. The actual size of each circle differs from person to person; that’s what makes this subject so interesting and so relevant to everyday life.

Four Categories of Space, Unlimited Ways to Invade Them

The study of proxemics has given us specific definitions of each category:

In practice, however, each individual person has his or her own definition of each category, and definitions vary even further by gender, culture, social perceptions, situation, and the like.How does proxemics influence body language?

The interaction between proxemics and body language is quite complicated. It is the subject of ongoing study, but is still not anywhere close to being fully understood. Because individual definitions of space are so variable, it is difficult to unravel the interwoven facets of how body language influences (and is influenced by) the four categories of space.

Cultural differences abound; for instance, in Italy and Latin America the personal space distance is much smaller than in Great Britain and Sweden. So when someone from Sweden travels to Italy, he or she is likely to feel quite uncomfortable interacting with a local person whose concept of personal space is quite different.

In general, body language is the first method of communication used when personal space or comfort zones are infringed upon. It is a relatively safe way to send and receive messages without the awkwardness and discomfort of speaking about such things directly. In other words, it is the most common method for letting other people know where your own space boundaries are located.

Why is body language so effective in communicating space boundaries? Most experts agree it is because body language is so incredibly natural, flexible, and easy to adjust without interrupting the flow of an interaction. It can be used at work, at home, in a classroom, on the subway, in a car, at a concert; the applications are as unlimited as the nuances of body language itself.