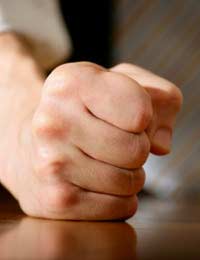 Body language is a good way to read what a person is thinking and feeling. While it can’t be used solely as a diagnostic tool, certain personality disorders will display certain types of body language and facial expressions. This non-verbal communication may be subtle, but in some cases, it can reflect underlying mental issues.

A narcissist, because he or she feels they are superior to others and the centre of attention, will often adapt a self-important physical posture. This includes standing tall and straight while having an air of superiority over the person to which he or she is talking.

The narcissist may also display inappropriate anger which may include yelling or waving their hands when attention is focused away from him or her and placed on others.

A psychopath is someone who lacks empathy for others. The psychopath often does what he or she wants without any thought of social norms or how anyone else may be affected by their actions. This causes for an odd mixture of body language.

Some psychopaths can be very charming, such as the case of serial killer Ted Bundy. They are so in control of much of their body that they can often pass lie detector tests. But many exhibit inappropriate body language, which may include invading another person’s personal space. He or she is often incapable of showing appropriate compassion for others and may laugh or make fun of people who are in distress. A psychopath may show unexplained agitation, violence, and impatience. Many appear like a time bomb just waiting to explode.

Someone with an avoidant personality disorder feels inadequate, is sensitive to criticism, and avoids social interaction. Unlike the narcissist, the avoidant’s body language is withdrawn. He or she may sit with their legs folded underneath them with tense posture and stooped shoulders. The avoidant usually avoids eye contact.

Their personality and actions may fluctuate between being warm and friendly to being demanding and sulky.

A person with a schizoid personality disorder has a very robotic body language. He or she may move slowly, reluctantly, and deliberately. The schizoid is a loner, avoiding social interaction and close relationships, even with family members. He or she will show little or no emotion, so there may be a lack of facial expressions and cold, blank eyes.

Like the schizoid, the person suffering from schizotypal personality disorder will seem withdrawn from others. They tend to be loners with few, if any, intimate relationships.

However, when the schizotypal is forced into social interaction, he or she will respond with extremely anxious behaviours which may include crossed arms, rapid breathing, darting eyes, and fidgeting. Because the schizotypal is so reserved, he or she may not be aware of social cues and act in appropriately.

Those with paranoid personality disorders are often viewed as cold and defensive. He or she will also show fidgety movements such as darting eyes and may have panic attacks, which results in difficulty breathing. Because they have a poor self image, they may shy away from interaction with others. The paranoid may become hostile and defensive when they think another has hidden motives to get them.

Remember that while body language may be an indicator of a personality disorder, one should only be diagnosed with thorough psychiatric evaluation and testing.