Home > Practical Applications > Diplomacy and the Role of Body Language

Diplomacy and the Role of Body Language 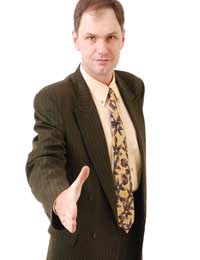 When you see the word diplomacy you probably picture a huge room with representatives from several countries all sitting around trying to hammer out an agreement on whatever topic is at hand. Body language is an integral part of diplomacy between nations, but what you may not realise is that many of the same principles of international diplomacy are also applicable to your own life as well.

International diplomacy relies on body language and non-verbal cues to quite a large extent. Everything from where participants sit at the negotiating table to the use of gestures to the actual negotiations themselves involves the use of body language to send and receive messages and information. In many cases that body language is very deliberate, designed especially to influence the diplomatic conversation.

Skilled diplomats understand just how much body language is affected by:

As a result, they learn as much as possible about the person(s) with whom they’ll be interacting in order to make the best choices in body language and non-verbal messages.

Now let’s look at how aspects of international diplomacy are useful for everyday diplomacy. Diplomacy may seem like a very formal word for the kinds of interactions you have each day, but in fact many times that’s what they really are. Think about the last time you had a conflict with a co-worker or a disagreement with your spouse – how did you resolve the situation? And how much of what you did resembles the issues related to diplomacy as described above?For instance, you and a co-worker have a conflict over the best way to spend the remaining portion of the marketing budget. As the two of you work to resolve the conflict, think about the following:

Gender – Although gender in the workforce is not nearly as much of an issue as it used to be, there will always be issues related to gender because of the differences in how each gender sends and receives non-verbal cues.

Level of anger/confrontation – The higher the levels of anger or confrontation, the less likely it is you will successfully resolve the conflict. Watch out for body language that may be perceived as aggressive or challenging; in most cases, it’s best to take a deep breath, relax, and perhaps even take some time away from each other to ‘cool off’ and get into a better frame of mind.

Diplomacy, then, takes these and other common issues into account when dealing with body language in the face of interactions with another person. This is especially true in conflict situations. The next time you disagree with another person about something, take a few moments to run through this short list of categories and look at the conflict from both of your perspectives. What you find out just might help you determine the most effective body language to use in resolving the situation.