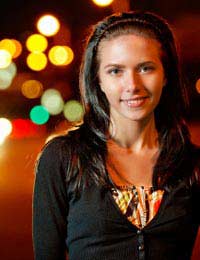 Many people think of learning a martial art such as karate as being a good way to defend yourself against a physical attack, but some researchers believe that something as simple as body language can help you fend off attackers. As with verbal attacks, researchers believe that exhibiting the body language of someone with great self esteem and confidence may ward off physical attacks.

Manchester University’s Professor Geoffrey Battier, a body language expert, says that predators know what to look for in a potential victim. He said they look for people who are “clueless,” that is, those that aren’t ready for an attack and someone they think will go along with any demands made by them.

Two types of attacks can occur – in your home or while you are out in public. At home, you should practise such safety techniques as locking the doors and windows, not opening the door to strangers, and not advertising if you are living alone. If you are out in public, walk in well lit areas, try to avoid walking alone, and have your keys in your hand before you get to your car. In addition to these steps, there is also body language you can practise to make attackers think twice before trying to violate you.

The Body Language of a Victim

In a study performed by Manchester University, Professor Battier noticed that one subject who had previously been attacked tightly clutched her bag when walking. She walked at a rapid pace and he also noted that she had a high blink rate, a sign of anxiety. Those types of body language spell someone who is vulnerable and scared, exactly what predators are looking for. Professor Battier said that while body language is unconscious, it may be possible to unlearn certain types of behaviour to prevent future attacks.

He suggested that the subject not clutch her bag so tightly, walk at a bit of a slower pace, and try to relax her facial muscles to prevent looking so tense and anxious. He suggested that while it was a good idea to look behind her to make sure no one is coming, she shouldn’t do it repeatedly as she walked. Another thing to practise is to move in a normal stride, with your entire body in coordination. A separate study by J. Murzynski and D. Degelman showed that people who had been previously attacked move with a stride that was non-synchronous, another clue to a predator.

In addition to walking at a slightly slower pace, walk with your head up. For one thing, you will be able to be more aware of your surroundings, but it will also make you appear to be confident. If someone looks at you, don't avoid eye contact. An attacker may see this as a sign of weakness.

The idea behind these changes was to send out a different body language message. Rather than that of someone who had been attacked before and was scared, he felt if she gave off a more confident vibe, she might be less likely to be attacked. The subject took note of Professor Beattie’s advice and said that she is now not as afraid to tackle crowds because she feels more confident.

Attackers are always going to prey on people they view as weak. Because they don’t know your personality, all they have to go by is your body language. If you can carry yourself with an air of confidence, a predator may be less likely to attack you.