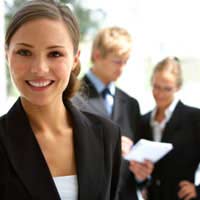 Gender roles have changed tremendously in the last thirty or forty years. What used to be very clear cut – a man’s role, a woman’s role – is now nearly unrestricted. There is such a wide variation in modern gender roles that it is no longer accurate to define them narrowly and traditionally.

The changes to gender roles have been difficult in many ways, but one of the most difficult is changing the body language associated with each gender. As men and women have moved into non-traditional areas for their gender, the people around them have to adjust their observation and interpretation of body language and its meaning.

The Changing Role of Women

The traditional role of a woman was as a wife and mother. She was to be nurturing, compassionate, caring, and supportive of her husband. Many women still choose this role for themselves because it is a good fit for them, but many more women choose very different roles for themselves. The most difficult transitions have been into traditionally male domains of the business and professional world.

The women who first ventured in to traditionally male territory struggled to be taken seriously. They often felt they had to take on male-like body language and attitudes just to be seen as capable by their male peers. For instance, they wore severe business suits, groomed their appearance to avoid overt femininity, and adopted stronger body language. Direct eye contact, dominant body position, assertive behaviour, and the like, are all examples of how female body language changed with their changing gender role.

In recent years, however, the role of women has again shifted and with that shift come more changes in body language. Women have generally established themselves in the business and professional world and are now asserting themselves as individuals rather than taking on traditionally masculine body language. For instance, they still dress appropriately for their business environment but styles are much more feminine than ever before. Many women have also softened their body language to be less dominant, without giving up any perception of authority or status.

What’s more, women generally don’t find themselves having to choose just one role for themselves. A woman can be wife, mother, entrepreneur, professional, career-minded, and any number of other things all at the same time. This means that a woman’s body language can change and adapt as well, based on her own personality and comfort zone.

The Changing Role of Men

The traditional role of a man was as a husband, father, and family breadwinner. He was to be strong, stoic, responsible, and in charge. Many men still choose this role for themselves, but many also choose very different roles to fulfil.

The men who first moved toward traditionally female territory faced many challenges, including judgments about their masculinity, their strength, and their general character as a man. Any man who wanted to be more involved in his children’s upbringing, for example, was the subject of strange looks and outright stares if he took on more care giving responsibilities. Even the move into traditionally female jobs, such as nursing or teaching, created challenges.

In recent years, though, the role of men has shifted once again. Just as women have more freedom to choose from a wide variety of roles, so, too, do men have more of this same freedom? Men may choose to stay home on paternity leave with a newborn or adopted child, or even be a full time stay at home dad. In general, men have dramatically increased their involvement in child rearing, a fact that is readily seen when you look at all of the baby changing stations now installed in men’s restrooms.

What do These Changing Roles Mean?

The changing of gender roles means it’s more important than ever to learn about body language and non-verbal communication. You simply can’t rely on stereotypes and generalisations about men and women anymore. Instead, you must approach each interaction with an open mind, paying attention to the body language you’re actually seeing rather than what you expect to see.

Society's Expectations for Men and Women