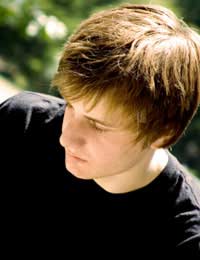 For the majority of the population, making friends comes naturally. Some people have more friends than others, but most people have at least a few close confidants. However, teens with autism spectrum disorders (ASD) have problems interacting with others which results in problems establishing and maintaining friendships.

Program for the Education and Enrichment of Relational Skills (PEERS)

At the University of California, Los Angeles (UCLA), clinicians and colleagues have implemented a programme to help ASD teens learn the skills they need to successfully interact with others. The programme is known as PEERS (Program for the Education and Enrichment of Relational Skills).

The teens came into the PEERS programme avoiding eye contact with each other, mumbling, and looking down. However, after twelve weeks, they were interacting, talking and responding to each other.

Elizabeth Laugeson, a clinical instructor in psychiatry at UCLA, and her colleagues submitted a study, which was funded by the National Institutes of Health and the National Institute of Mental Health, to the Journal of Autism and Developmental Disorders that reported that teens in the PEERS program showed vast improvement with their social skills and ability to interact with others.

She said that all teens learn basic rules of social interaction by watching others. Yet, teens with ASD need further instruction on how to successful interact. These teens fail to pick up on things like body language, facial expressions, and hand gestures that others catch and use to help them in social situations. ASD teens also have a hard time distinguishing speech inflection, such as when someone is being sarcastic or warm.

Because they can’t pick up on these subtle social cues, they are often bullied by others and become isolated from their peers. Because the teen years are a developing time, this can not only affect them as teens, but also be something they carry on through to their adult life.

UCLA researchers studied 28 males and five females attending a PEERS session. They all had a high functioning form of ASD, such as Asperger’s. The programme last 12 weeks, with the teens meeting in small groups (7-10 teens) for about 90 minutes once a week. To help the teens continue after the programme, parents attended separate classes to teach them the skills needed to help their teen’s continued social development.

The classes taught the teens things such as how to join or leave a group of peers, how to pick their appropriate clique to hang out with, how to be good sports, learn how to be a good host, how to change their reputation through their look, and how to handle teasing and bullying from others.

The teens engaged in role-playing to learn new skills, received coaching to help them with social etiquette, and performed weekly homework assignments with their parents help. This included something as simple as meeting a friend somewhere or having them come over to their home.

This study shows that the programme pays off. Teens who have taken the PEERS programme are more likely to have friends outside of school. Parents noted that the programme teens have better overall social skills. The results are very encouraging and Laugeson feels programs such as this can help ASD kids lead a better quality of life.